You are here: Home1 / Uncategorized

If you read any of the major photography magazines you can’t fail to have seen all the fuss over the past few years about photographers getting stopped by the Police for the heinous crime of, wait for it… Taking Photographs…

Anyway, thanks to the good folks of the I’m a Photographer, Not  A Terrorist campaign things are getting somewhat better. I’d urge you to visit their site and get up to speed, and you can also download their new leaflet detailing the history of the campaign.  I’ve still got a copy of the original PHNAT Bust Card in my bag

in January last year I spent the day in Trafalgar Square London at the Mass Photo gathering where over 2000 photographers turned out to show unity for photographer’s rights. Here are some photos from the day in (my flickr set here)

Popped up to Highnam yesterday morning for the Gloucester area RPS meeting, which this time was mainly focused on a showing of the images from the RPS Digital Imaging Group print exhibition. I’d not really thought about joining any of the special interest groups up until now but as I’m a big fan of the digital workflow it seems like a good idea so I’m going to join that one this week.

I did take up the prints from my successful distinction last week and showed them to some of the members who were very complimentary about the standard of both the images and the presentation/print quality which was very encouraging, indeed I was encouraged by several people to start working towards my ‘A’ panel as soon as possible which was ace.   A couple of people were asking about my digital workflow and how much work I’d done on the mono conversions etc. so I thought I’d post a quick before/after example of one of the successful images from my panel here.

And by popular request, lots more examples of this type coming soon!

So, only a few days to go until I present my panel to the Royal Photographic Society to be considered for the Licentiate Distinction.

I went down to Bath today to observe a distinctions advisory day where people bring their potential panels to show and to receive advice and feedback from some of the assessors who actually judge the disctinctions. I was really quite humbled by the standard of some of the images people had to show, some really amazing images.

I got some very useful tips on what the panels are looking for too and I must say I’m now feeling pretty nervous about my panel now. I know there are a few areas where I can definitely make improvements, but not in the next couple of days. I did order a couple of reprints yesterday which should be here in the morning but apart from that there’s nothing else I can really change at this stage which will make any difference so I’m going to take it along and see what feedback I get.

It’s all good experience and if I’m not successful this time I have a load of useful info on where I need to improve.

(though it’s entirely likely to change before wednesday!)

I’m finally getting around to doing some work on my site and it seemed an ideal time to start the blog properly.

First off, I’m really pleased to say that last night, right around midnight (well, allowing time for me to watch the awesome fireworks in London first!) I completed my first 365 project. I’ll elaborate on that later, but in the meantime here’s a slideshow from Flickr:

So, hello, I’m Richard Olpin, a 40-something chap from a sleepy little town called Dursley in Gloucestershire, England. Yes that’s the same Dursley as in ‘the Dursleys’ from Harry Potter, probably it’s only real claim to fame.

Many moons ago I graduated in computer science and found myself working for nearly 13 years as a general dogsbody (ok, I was technically a software engineer but also did everything from writing technical documentation and running training courses through to building the company website) in the rather interesting field of industrial automation (what most people would probably call ‘robots’). That did have some interesting perks, including a fair bit of travel to the four corners of the globe but it wasn’t nearly as exciting as my schoolboy dreams of becoming a ‘computer programmer’ and so a few years ago I had something of an epiphany and following a near-death experience and an ‘interesting’ parting of the ways with my former employers I decided that the only path which would really work for me would be to follow my heart and be my own boss. So, that’s what I did, taking a fairly dramatic turn from the industrial rat-race, I decided to see if I could make a go of turning my long-term hobby as a martial artist into a professional teaching career, so I re-launched my little local martial arts club as a pofessional Martial Arts school. That’s still going well and I’ve no intention of giving up any time soon but over the years it rather spiralled into a multi-faceted teaching career!

I’ve always enjoyed taking photos, inspired in part by my father Keith who was an excellent photographer, semi professional for years shooting everything from sports events, portraits, weddings and acting as the official publicity photographer for my Mum’s local dramatic society. As a young lad I’d often accompany him, assisting at weddings and messing around in the darkroom at home. I was rolling my own film when I was 10, and developing & printing my own photos in the darkroom at home before I left primary school.  As I grew up I got into other things such as music and the martial arts which meant I didn’t do any serious photography for years other than odd snaps with my compact.

Anyway, having given up on the ‘rat race’ I found myself with rather more time on my hands and as my Martial Arts had become my day job, I decided to get back into my photography again so a few years ago I took the plunge and bought myself a nice digital SLR. The results are the currently a work-in-progress, but it’s been a pretty serious persuit for the past few years now and over the past year or so I’ve been involved in loads of interesting photography projects, mainly concentrating on writing the first of a series of books and running my photography training courses.

In April 2011 I was awarded a Licentiate distinction from the Royal Photographic Society  (more on that here) and I’m now also looking into some other qualifications including the Royal Society’s ARPS and maybe also the BIPP too.

This site is an ongoing work-in-progress and there’s a lot I want to add to it, but for now you’ll find some info about what I’m up to photography-wise and to provide some tip and information which others may find interesting, along with a selection of my photos which I hope may be of interest to others.  I’m always happy to network with other photographers and very much enjoy getting out there to share photographic projects etc.  I would encourage you to drop by my forum and get involved in some of the discussions. You might feel inspired to join in with some of our little projects too! 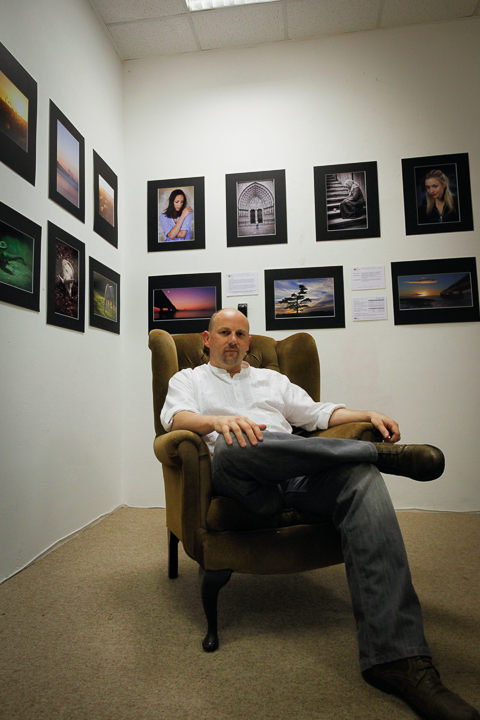 The ‘L’ (for Licentiate) is the first level of distinction awarded by the society which is primarily an appraisal of the photographers technical command of their art and shows they have achieved a high standard of competence in a variety of photographic techniques.